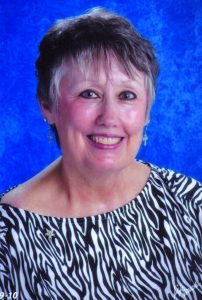 Since starting her position as a teacher in the Fountain Hills School District, she has initiated numerous fundraising projects totaling more than $50,000 for McDowell Mountain and Four Peaks elementary schools. These efforts include many food, books, peanut butter and school supplies drives. In her 18 plus years with the district, first as fourth grade teacher and now a third-grade teacher, she has consistently created innovative learning tools and programs used in the school curriculum. One of these, the â€œStepping Stones Student Character Development Book,â€ was used a McDowell Mountain school-wide program earning her both the Arizona and National â€œMy Favorite Teacherâ€ awards in 2001. In her tenure in the Fountain Hills School District, she has made and continues to make a difference in countless lives. Former students who are now in universities across the country and older are still proud to be known as â€œAcesâ€, a designation that denotes pride and belief in oneself, respect, and support for others.