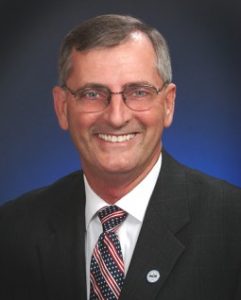 Mike has lived in Fountain Hills for more than 40 years and has contributed to the community in numerous ways for four decadesÂ  After moving to the community in 1972 from Ohio, Mike saw a need for youth activities to help with the boredom that overcame the small number of youths in town. He banded them together to create the Fountain Hills Youth Association. He put boating and fishing trips together along with tubing down the Salt River when not many knew of such an activity. They formed groups to resist the drug scene and encourage constructive activities like building the first moto cross track and rifle range.

His generosity and volunteerism have touched numerous organizations,Â  Mike helped build the first town library, donating his labor along with members of the contractors association. A successful businessman, Archambault retired only to start another business, Handyman Now. He recently was honored when he retired from the Planning and Zoning Commission as chair, coming full circle from starting as a commissioner to serving on the Fountain Hills Town Council and back to the Commission. Archambault started a childrenâ€™s Christmas program for families in need. Mike added Boy Scout Pack master to his resume. He would bring many Bobcats all the way to Boy Scouts. Ending that commitment in 1996, Mike had put 16 scouts (7 of the original Bobcats) under his wing to reach the Eagle Scout honor.

Archambault is the definition of a family man. He has been married to Charla for 43 years. They have two children, who grew up in the community, and now have children of their own.Â Â During his time on the council, Mike also remodeled the community theater to create the main stage. He was the general contractor on the Veterans Memorial, donating all his labor and talent. His work inspired others to take up the cause and helped finish a $500,000 memorial for far less. Mike continues helping where ever he sees a need. Living his dadâ€™s statement after returning from WWII â€œIâ€™m just looking for the magic in an ordinary day,â€ Mike never seeks recognition but always the benefit to the greater good.