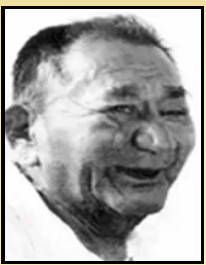 He is remembered for taking a stand and winning voting rights for his people. Mr. Austin and Frank Harrison, both U.S. Army veterans from Fort McDowell, had tried to vote in 1947, shortly after returning from service in World War II, but Roger Laveen, then Maricopa County Recorder, refused them. The men filed suit against Laveen in Maricopa County Superior Court.That court ruled in Laveen’s favor. Austin and Harrison appealed to the State Supreme Court where Judge Udall ruled in their favor saying, “In a democracy suffrage is the most basic civil right, since its exercise is the chief means whereby other rights may be safeguarded. To deny the right to vote, where one is legally entitled to do so, is to do violence to the principles of freedom and equality.” Mr. Austin and Mr. Harrison said they voted in every presidential election from that date. See also biographical profile of Frank Harrison.