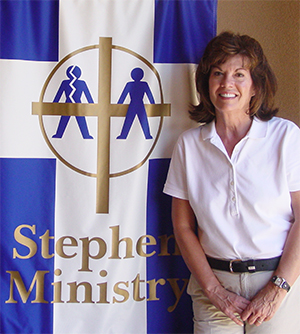 Since moving to Tonto Verde approximately 15 years ago, Vicki Beseke has lived a Christian life of caring, giving and love to those around her. Among her accomplishments are:Â  Â  Â  Â  Â  Â  Â  Â  Â  Â  Â  Â  Â  Â  Â  Â  Â  Â  Â  She started a Sunday school at the Rio Verde Church (now called the Church of the Verdes). Also she started the Steven Ministry program at the church. In 2010, she founded Verde Cares. In 2013 she served over 1,100 hours of her time with the organization and provided over 800 meals to residents. Verde Cares has been described as an “awesome asset” to the Verde Communities and other neighbors in need. She also initiated a monthly luncheon program for those over 85 years old. She began a monthly golf outing with lunch for those in need. She started an eyesight meeting and a grievance meeting for those who have lost adult children. It has been said she always has a smile on her face and love in her heart.