Joeâ€™s path started in Arcadia, Wis., and wound through Eau Claire, Wis., for college and Minneapolis for graduate school in physics and math. The road led to Mayo Clinic in Rochester, Minn., where his career went from technical to marketing and 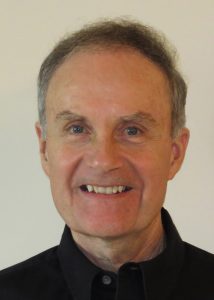 management and his volunteer activities ranged from starting a Scouting Explorer Post to starting the Rochester Leadership program.Â Â In 1987, his path headed southwest where he helped lead the opening of Mayo Clinic Scottsdale and is when he and his wife, Nancy, fell in love with Fountain Hills and called it home.

Joe soon became engaged with helping lead the effort to incorporate Fountain Hills, was appointed to the first town council in 1990 and worked to pass the bond for the high school. He served on the executive board of Scottsdale Leadership, the board of trustees for the Phoenix Desert Botanical Garden and the Friends of McDowell (Regional Park) Board.Â He was appointed by the Scottsdale City Council to the original task force formed to create the McDowell Sonoran Preserve, and he volunteered as an adjunct professor to teach strategic planning at ASU.

Joe served as assistant scoutmaster for Troop 245 in Fountain Hills, served on the River of Time Museum Board where he started the Time Traveler Program, served on the Saguaro Road Bond committee, was the founder of the Fountain Hills Disc Golf Club and is a supporting member of various community organizations. He authored the book â€œClimbing the Ladder Less Traveledâ€ about Arizonaâ€™s fire tower lookouts and volunteered as a relief lookout. Joe and Nancy formed and co-chaired the Fountain Hills Dark Sky Association to pursue International Dark Sky Community designation for Fountain Hills and they thank their lucky stars in the beautiful night sky above Fountain Hills that this was achieved in January 2018.