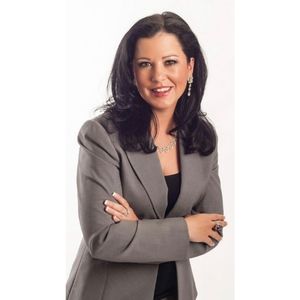 Stephenie is like the jewelry she sells — distinct, bold, highly regarded and always evolving. Born and raised in Arizona, Stephenie is a second-generation jeweler.  She has worked side by side with her mother, Sami Jack, since 1997. In 2013, Sami retired and Stephenie became the CEO and president of Sami Fine Jewelry.  Stephenie continues to build Sami Fine Jewelry’s reputation for original jewelry, exciting events, crazy marketing, and superior customer service.

Even though Stephenie was raised on the floor of the jewelry store, she never expected to sell jewelry, much less run a store ranked among the top 5 cool jewelry stores in the country.

Since childhood, Stephenie has always been a western girl to the core. In 1997, she had to quit her job at Saba’s Western Wear to help her mom at the jewelry store. Her parents were getting a divorce, and two weeks after they moved out, her mother was diagnosed with breast cancer. Her mom couldn’t do it on her own, and that is when Stephenie officially started working in jewelry. At first Stephenie thought it was just going to be a year or so to help her mom — who knew that 22 years later, she would follow in her mother’s footsteps and jewelry would become and be part of her passion.

Stephenie is known for her creativity with events and marketing. Her promotions and in-store events have earned her the title “Queen of Marketing” from InDesign, a magazine covering high-end American designer jewelry retainers. Instore, the industry’s leading trade publication, named Sami Fine Jewelry one of America’s Coolest Stores in 2008.

Stephenie maintains the blue-ribbon standards that have distinguished Sami Fine Jewelry for years. She works hard at setting her jewelry store apart and actively promoting her American Gem Collection (featuring gemstones only mined in America) along with putting on amazing local community-focused events.

Stephenie is the organizer of Halloween in the Hills (Arizona’s only free Halloween carnival) and is the mastermind behind Love in the Hills (third largest wedding vow renewal ceremony in the world). She also works with tons of local charities and is always looking for new ways to keep things unexpected and exciting.