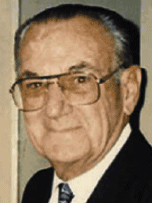 Fountain Hills and Rio Verde were in the District 2 service area of Mr. Campbell when he served on the Maricopa County Board of Supervisors from 1977 to 1988. He became familiar with the two communities when he served on the county’s Planning and Zoning Commission prior to that. His expertise in land use benefited the two communities and his long range visioning produced the road between Rio Verde and Fountain Hills, improvements to McDowell Mountain Park, solutions for water resource supply issues in their early years and county library service for the area residents. He convinced the early developers of Rio Verde to reduce the density of its master plan. Familiar with the early-day problems of the Road Districts and other issues in Fountain Hills, he obtained county financial assistance to maintain certain roads within its boundaries that were designated as regional traffic carriers. A county library in Phoenix is named in his honor.