Beth Schafe, 2006 Inductee (1917-2006) After graduating with bachelor’s and master’s degrees from Wayne State University in Michigan, Mrs. Shafe taught music and theater for 32 years. She also performed on cello and harp and gave many hours as a volunteer promoter of the musical arts. She was an incorporator and president of Mu Phi […]

Dave Ritchie, 2006 Inductee A Flint, Michigan native and Williams College graduate, Mr. Ritchie worked in the banking industry in Michigan prior to moving to Rio Verde in 1974. He served on the first Rio Verde Community Association as treasurer. One of the original five incorporators of the Rio Verde Country Club in 1979, he […]

John O’Flynn, 2006 Inductee (1951-2003) After service in the U.S. Navy in World War II, Mr. O’Flynn’s working career was in the food industry, 18 years with Pillsbury and the remainder with Universal Foods. He was known for his customer service and ability to work with people. Those people skills have been used to full […]

Paul Nordin, 2006 Inductee (1951-2003) The first Town Manager of Fountain Hills, Mr. Nordin served his community for 11 years before losing a two-year battle with lung cancer. A graduate of Brigham Young University with a bachelor’s degree in Political Science and a master’s in Public Administration, he held municipal positions in Provo, Utah, Topeka, […]

Sharon Morgan, 2006 Inductee Fountain Hills’ first woman mayor, Mrs. Morgan served two terms (1998-2002) in that position. As mayor, she re-activated the Mayor’s Youth Council and attended the National Mayor’s Youth Council Convention in Atlanta with a delegation of our youths. Also while serving as mayor, she represented the town in China and in […]

Mike Mayper, 2006 Inductee, (1924-1987) After opening the first State Farm Insurance Agency in Fountain Hills in 1974, Mr. Mayper became active in volunteer efforts. One of the organizers of the Fountain Hills Chamber of Commerce, he served as its first treasurer and served one term as president. He also served as a trustee of […]

Paul May, 2006 Inductee Mr. May first became involved in the community as a volunteer fireman in 1973. He soon became active as a board member of the Fountain Hills Civic Association and was elected its president in 1976. He established the Miss Fountain Hills Pageant and he approached the developer about havingÂ the newly crowned […]

Hank Lickman, 2006 Inductee A respected businessman in the community, he also contributed many volunteer hours for its betterment. An original member of the McCulloch sales team,he survived the transitions of the master developer’s ownership to MCO Properties, Inc. In 1980, he was called on to form MCO Realty. He ran that firm’s operations for […] 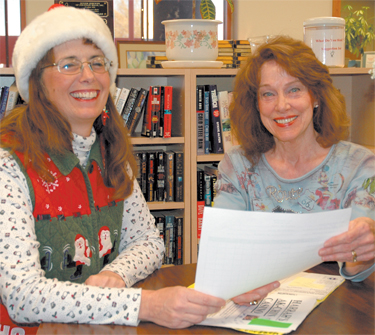 Marti Lemieux, 2006 Inductee   A relative newcomer when Mrs. Lemieux was announced as one of the first seven Town Council members who took office in 1990, she served three years as the community’s first councilwoman. She has contributed endless hours in service to the residents of Fountain Hills. She founded the Home Delivered […]

Dr. Paul Kolwaite, 2006 Inductee A practicing dentist for 34 years, he moved to Fountain Hills in 1986 from upstate New York where he was quite active in volunteer activities. After relocating to Fountain Hills, Dr. Kolwaite continued volunteering. In 1989, he co-founded the Fountain Hills and Lower Verde Valley Historical Society and was its […]