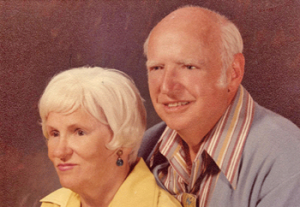 One of the leaders of the successful community incorporation effort in the late 1980s, she served several terms as Civic Association president. A true pioneer of the town, she originated the Community Concert series and was actively involved in starting the Fountain Hills Presbyterian Church. She remained active with her church, singing in the choir until a month before her death from pancreatic cancer in 1988. Mrs. Collins was named Fountain Hills “Citizen of the Year” in 1985. She and her husband, Harlan, (also a Hall of Fame member), were the first husband and wife to both be honored as “Citizen of the Year.” (He received the award in 1980.) She was also a charter member of the Fountain Hills Women’s Club and had served on its board of directors. A graduate of Vassar College, she obtained a law degree from Western Reserve University in Cleveland, Ohio. Using the Civic Association’s first computer at the Community Center, she established the official membership roster. She wrote the association’s brochures and membership letters. Former Town Councilman Charlie Fox said, “Her impact on Fountain Hills and her dedication to making it a more beautiful place for all of us to live will be hard for anyone to surpass.”