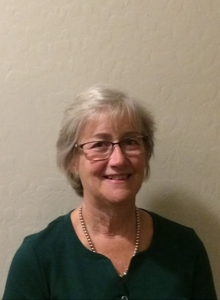 Sandy has a wide variety of experience and contributions to the community. She has been active in the Golden Eagle Foundation since 1994. She currently serves as president of the board of directors. She has served as coordinator of the Fountain Hills High School Scholarships program, a member of the scholarship selection committee and scholarship chairperson.Â She has been on the foundationâ€™s mentoring council since 1997 as a board member and training coordinator. She received the Marvin Glink Award as Mentor of the Year in 2016. Sandy has spent a number of years volunteering in different capacities in the Fountain Hills Unified School District. She was a member of the parent volunteer group at Fountain Hills High School, serving as the school store coordinator. She also was a member of Fountain Hills PTA and coordinated the Third Grade Read-A-Thon in 1998. She was a classroom parent volunteer from 1998 to 2003, and served as team mom for Pop Warner Football and team mom for Little League Baseball.

She also has been active in Fountain Hills Theater. From 2009 until 2016 she was youth theater adjudicator for the AriZoni Awards Association. She has worked with the theater, the youth theater as a producer, been a costume designer, props coordinator and done set work. She was awarded a Fountain Hills Theater Prism Award for her work with the youth theater and summer camp.Â As an active member with Four Peaks Rotary, she has served as a board member since 2014. She was awarded the Fountain Hills Rotary â€œService above Selfâ€ honor for helping with scholarships for high school students and assisting with foreign exchange students, helping find host families and coordinating classes with school counselors.

Sandy received her bachelor of science in education from the University of Wisconsin â€“ Eau Claire. She was self-employed until 2000 as an educational consultant, offering workshops in mainstreaming learning disabled students. She reviewed testing and recommended skill development in the program.