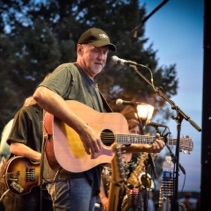 He begged his mom to buy him his first guitar at the age of nine, and he formed his first band while still in elementary school. He studied music at SouthwestÂ Minnesota State and the University of Minnesota. He headed west in 1979 and while Austin, Texas or Los Angeles were at the top of his list for plursuing his musical career, he stopped in Fountain Hills to visit his grandmother. He stayed and formed three different country bands over the next 16 years, The Dayton-Privett Band, High Noon and The Jeff Dayton Band. They appeared at many Fountain Hills special events and played often at the Village Pub. Jeff’s bands won every possible award Arizona had to offer including the Wrangler Country Showdown and Marlboro Talent Roundup as well as New Times “Best of the Decade’s Best Award.” The Jeff Dayton Band was hired by singer Glen Campbell as his stage band and they toured for 15 years. Jeff later played with country stars Lee Greenwood and Kenny Chesney. He now lives in Nashville, pursuing a career in song writing. 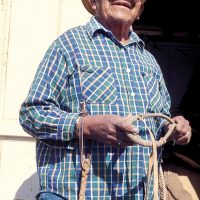