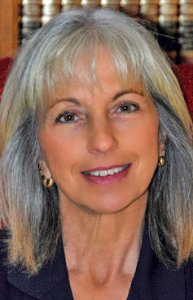 Ginny Dickey has been a Town Council member since 2006 and been very involved with development of the first-ever comprehensive environmental policy for the Town. She served on the Fountain Hills School Board from 1994 to 2002 including two years as president. She is co-founder of the Fountain Hills Democratic Club, was a delegate to the Democratic National Convention in 2000 and 2008 and was a candidate for the State Legislature. She worked for the State for over ten years including the Arizona Dept. of Environmental Quality. She was team captain for the American Cancer Society’s Relay for Life event and has served on the boards of the Fountain Hills Community Theater, Fountain Hills Arts Council, Fountain Hills High School Site Council and the Fountain Hills PTA. Ginny was very active with the Sunset Kiwanis for many years. In addition to her service on the Community Theater board, she has performed a variety of tasks to support that award-winning organization and has appeared in a number of their productions. She was recognized with the Theater Founders Prizm Award in 2009.