Mr. Florence died on Feb. 9, 2012, but his memory lives forever in the hearts of those who knew him. He spent endless hours giving back to the community he loved. 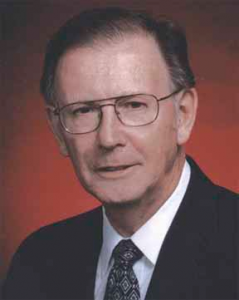 He moved to Fountain Hills in 1983 and retired in 1993 from careers in public relations, management and management trainee instruction. He was also a public information officer and administrator for the Scottsdale School system and he trained student teachers at the University of Phoenix.

In 2000 he was diagnosed with Parkinsonâ€™s Disease. Rather than hide his disease, he was willing to talk to people about it. A year later, he formed the Fountain Hills Parkinsonâ€™s Support Group. Within a year it had grown to 60 participants.

He organized many events to help raise money for Parkinsonâ€™s research. Working closely with the Muhammed Ali Foundation, he organized the â€œPennies for Parkinsonâ€™sâ€ campaign. This program has raised over a million pennies and support groups around the country have copied the idea.He also assisted in research projects related to finding a cure for the so far incurable disease at the Parkinsonâ€™s Institute in New Jersey.

A man of many talents, he was involved with the Fountain Hills Art League. As a member of the Fountain Hills Cultural Council, he was deeply involved in the cultural future of the community, promoting the arts and cultural events. An art show he initiated with artwork created by people with Parkinsonâ€™s is now held annually in his honor.Many years ago, he collected some old time radio show cassettes to enjoy in his spare time. But as his collection grew quite large, he decided to share it with others. He bought an old time radio on which the cassettes could be played. They are still available at the Community Center to check out and enjoy. He was recognized as the 2008 Town of Fountain Hills Volunteer of the Year.