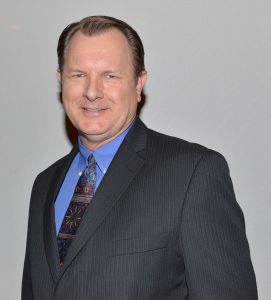 Mr. Gibson wears many hats in his hometown.Â He has been active as an emcee, auctioneer and announcer for a variety of fundraising andcommunity events. He has extensive Chamber of Commerce experience, including 11 years as membership director of the Mesa Chamber and CEO of the Gilbert Chamber.Â He was business retention and expansion program manager for the Arizona Commerce Authority. In that position, he supported chambers of commerce and economic development organizations throughout the state.

Â He co-founded the Greater Fountain Hills Business Alliance in 2011 and served as its vice chairman and chairman of the board during its four-year history.Â  Mr. Gibson also founded and served as president of the Fountain Hills Coin Club. As a life-long coin collector, he also owns and operates a part-time coins and collectibles appraisal business.

Â Mr. Gibson also has been active with youth organizations including Fountain Hills Little League as a coach or manager and the FHUSD Parent-Teacher Organization. He served as auctioneer for Falcon Fiesta from 2010 to 2016. It has been said about Mr. Gibson: â€œJohn is one of those people in Fountain Hills who has always been available to make Fountain Hills a better place to live. For years, he has stepped forth and given his talents to many groups. â€¦ He is involved, he cares and he has made a difference in this town.â€