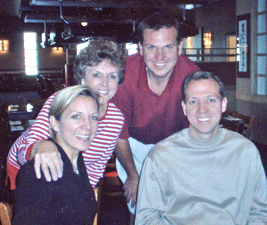 She has been described as “the town’s most tireless volunteer.” A founding member of the Four Peaks Women’s Club, she was its first president and she has served on the boards of the Civic Association, Senior Services of Fountain Hills, the Fountain Hills Community Theater and Fountain Hills Automobile Club. With the FHCCA, she has spent seven years on the board, six as secretary. As president of the Four Peaks Women’s Club, she revived the home decorating contest. With 10 years on the Community Theater board, she has served on the planning committee for the Broadway in the Hills fund-raiser and chaired the Friends of the Theater for three years. She has served on a variety of planning committees for special events and activities. On the board of this group since it was formed, she has served in a variety of roles from president to publicity. She was also chairperson of the Friends of the Theater from 2004-2006. She is a member of the Board of Directors of the River of Time Museum Foundation and serves as chair of the Foundation’s Hall of Fame selection committee. Other volunteer efforts include the Cultural Council, Noon Kiwanis Club, Historical Society, Republican Club, Couples Bridge, Friends in the Hills, Chamber of Commerce, Fountain Hills High School, Sunridge Foundation and McKenzie Monks Foundation.