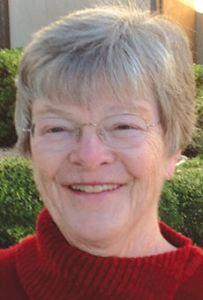 A 20-year resident, Linda began her service to the Rio Verde area as a contributor to the community newsletter, the Roadrunner. In 2009 she became editor and significantly upgraded the appearance, variety and information included in the publication. She has been a volunteer docent at the Heard Museum since 1997 where she developed an innovative peer-led new exhibit training program which she still heads. In 2012 she received the Josephine Schupp award as the most outstanding senior guide. An ACE-certified fitness instructor, Linda has been a health and fitness counselor to many individuals. She has developed and led exercise classes in the Verde communities for 18 years. She has been instrumental in the complete renovation of the the Rio Verde Community Center pool and the upgrade of the fitness center and has started many popular programs including the summer water volleyball potlucks and the annual Community Health Walk. Since 2007, Linda has served on the Rio Verde Community Association Board. As of the date of her induction into the Hall of Fame, she was the board secretary and chairman of the Communications Committee.