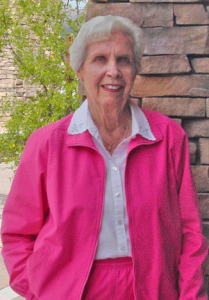 For 20 years, this Rio Verde resident has worked with the Sunshine Acres Children’s Home in Mesa.Â The Rio Verde Community Church began this outreach program and Pat was one of the first to provide the impetus for expanding the effort to include the Roman Catholic congregation and now the entire Rio and Tonto Verde communities.Â She also plans, organizes and directs their weekly truck pick-ups of appliances and clothing in the Verdes. Hemmer has served on the Community Association board, the church board, the Maricopa County Board of Adjustment and is the liaison between the Verdes and Sunshine Acres Children’s Home. She has helped raise thousands of dollars for the home and is heavily involved in its operation. She has also been active providing meals, rides and support to the ill/handicapped residents. She and her late husband, Bill, jointly operated the Rio Verde Post Office for four years. Other activities include the bridge groups, investment club, golfing and the church. Another Rio Verde Hall of Fame member, Bob Mason, said, “She would be a worthy addition to this group of area leaders.”