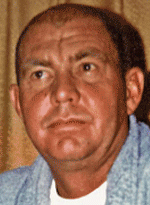 A registered land surveyor and the original chief engineer for Fountain Hills, Mr. Hendrix was a true pioneer in the community. Working for Trico of Arizona, an engineering firm hired by the community’s original developer, he was the person in charge of platting the initial development.

As the chief engineer, he and his family became the first inhabitants of the community after its acquisition by devloper McCulloch Properties, Inc. They moved in on February 8, 1969. He was the first person to survey the property that has become Fountain Hills. But he is best known for his contributions to education here. On March 31, 1970, he was appointed by the Maricopa County Superintendent of Schools as President Pro Tem of the new Fountain Hills School District. He was later elected to two terms as president of the first school board and helped write the first curriculum for the district along with consultants Dr. Doug Vance and Hand Diulus. Mr. Hendrix also oversaw construction of the first school.