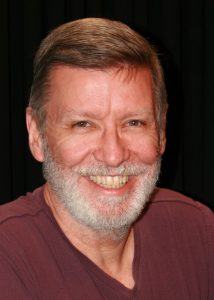 A guiding force behind the success and growth of Fountain Hillsâ€™ award-winning theater, Mr. Hill is involved in every aspect of productions, programs, set design, lighting, props, directing and acting.Â He is the recipient of more than two dozen AriZoni theater awards and in 2009 was recognized for Outstanding Contributions to Theater in the Valley.Â He has written and scored a number of original plays performed by the Fountain Hills Theater. He has directed plays in The Park. He also created the theaterâ€™s summer teen program and year-round after school and summer performing arts workshops for children.

According to those who nominated him, â€œhas approached every challenge with tremendous dedication, energy and hard work.â€ Another said of Mr. Hill: â€œHe is responsible for putting the Fountain Hills Theater on the map in Maricopa County.â€

The reputation of the local theater has been attained under his leadership and drawn hundreds of actors, musicians and designers along with thousands of patrons to the community every season.Â Â Mr. Hill and his wife Noel Irick, the theaterâ€™s resident choreographer, make Fountain Hills their home.