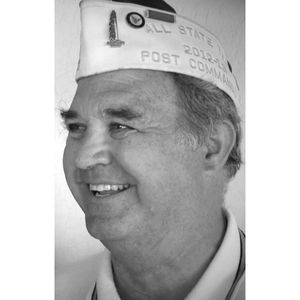 Having moved to Fountain Hills on a part time basis in 2004, Boe immediately became semi-active in the local community by joining and serving on the board of the Fountain Hills Republican Club. After moving from Norfolk, Va., in 2008 to Fountain Hills full time, he became a more active volunteer in the community in several diverse areas.

In 2009, he was elected president of the Fountain Hills Republican Club, serving two, two-year terms. During his tenure, the club was twice recognized by the governor and by the Arizona Republican Party Chair as the best Republican Club or organization in the state. He has since served for four years as secretary and currently serves as the first vice president and as the program chair.

The club honored Boe, naming him the 2016 Republican of the Year. He was a precinct committeeman, state committeeman and the second vice chair and program chair for Legislative District 8/23 Republican Committee.

Boe has worked to ensure fair and honest elections by serving as an election official/poll worker on election days and by hand count/auditing of ballots after the election.

Having served overseas in a combat zone during his 28-year Navy career, he joined the local Fountain Hills Veterans of Foreign Wars (VFW) Post 7507 and served as junior vice commander, senior vice commander and then as post commander. During his tenure as post commander, the post was recognized as an “All State” Post and he was an “All State” Commander. He then served three years as a trustee. Since then he has served as the post sdjutant, an office in which he still serves.

Having served in several positions, including as an ambassador and/or a board member with chambers of commerce in Virginia (Norfolk and Hampton), Boe became an ambassador and a board member with the Fountain Hills Chamber of Commerce. He still serves in both positions. He has served on the membership committee, the building committee, the nominating committee and the public policy committee, of which he is currently the chair.

The L. Alan Cruikshank River of Time Museum caught Boe’s interest, and he soon became a board member and contributor. While on the board, he served on several committees and chaired the programs committee and the publicity committee.

Since moving into SunRidge Canyon, he has served almost continuously as the voting member/neighborhood representative of the HOA. For six years, he served on the board of directors as either vice president or secretary.

Outside of Fountain Hills, Boe serves on the board of trustees of the Marine Military Academy, a private military boarding school for seventh grade to one-year post graduate students, in Harlingen, Texas. He is also the secretary of a private philanthropic trust headquartered in Prescott.

He is a member of the Naval Institute, the Naval Academy Alumni Association, the Surface Warfare Officer Association and the Military Officers Association of America, among others. He is an alumnus of the Norfolk Neighborhood University, the Norfolk Chamber of Commerce Leadership Institute, the Fountain Hills Chamber of Commerce Leadership Program, the US Naval Academy and Tucson High School, among other groups.

Prior to moving to Fountain Hills, Boe served in the US Navy in various ship and shore assignments both overseas and in the continental US in positions as diverse as combat information center officer on a Guided Missile Cruiser, to engineer officer of a warship, to amphibious plans officer for a NATO command headquartered in Plymouth, England, to secretary to the staff at a four-star NATO command in Naples, Italy, to commanding officer of an amphibious warship and to chief of staff for the Surface Warfare Development Group headquartered in Virginia Beach, Va.

After retiring from the Navy, Boe was senior vice president of a Maritime consulting company and as president and general manager of its subsidy, a passenger ferry boat company – a joint venture with Hornblower Marine Services.