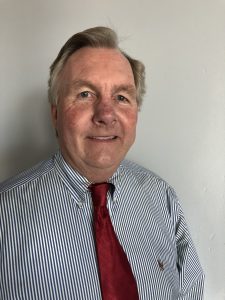 Dwight has been involved in activities that have revolved around the children of Fountain Hills. He was instrumental in helping establish and maintain the Mothers of Preschools Group. Through the years he has been involved in the districtâ€™s Parent Teacher Organization, spearheaded fundraisers and serving as mediator when needed between the PTO and the school districtâ€™s staff. He also championed the Junior Achievement organization, creating a bridge between local businesses and schools. He has taught Junior Achievement classes for 12 years.Â He has served seven years on the board of directors of the Fountain Hills Coalition and through the Verne C. Johnson Foundation has underwritten the established Fountain Hills High School Teen Addiction Anonymous program.Â He led the school tax override PAC committee in 2013 and served as one of the leaders of the 2017 tax override.

He served on the Fountain Hills Community Foundation Board of Directors for three years, and spent 4 Â½ years on the Chamber of Commerce board, serving three years as vice president. He was named Chamber of Commerce 2008 Volunteer of the Year. He also served on the Civic Association board of directors for three years. He contributed to the purchasing of the sports team bus for the school district. Dwight currently serves as president of Trinity Lutheran Church.