Phil Rodakis, owner of Philâ€™s Filling Station restaurant is the 2015 Legacy Award Winner. Phil moved to the community in 1994. He had managed a Red Robin restaurant at Los Arcos Mall in Scottsdale and opened another on Shea Boulevard, east of the 101. But his dream was to have a restaurant of his own. That dream became a reality in 1997 when he bought Jimmyâ€™s Filling Station. He later changed the name to Philâ€™s Filling Station. He is grateful for his business which is in its 18th year. Since opening Philâ€™s Filling Station, Rodakis said, â€œIâ€™ve always given back to the community in the only way I know how, and thatâ€™s through food. There has been a long list of contributions, such as caterings at cost, caterings for free and donations to endless organizations.â€ He has provided all of the food the past several years for the River of Time Museumâ€™s Annual Italian Dinner summer fund-raiser. â€œSome might say I have a hard time saying no when it comes to my business and community,â€ he said. â€œI feel this shows how passionate I am in regards to helping Fountain Hills and its people.â€ 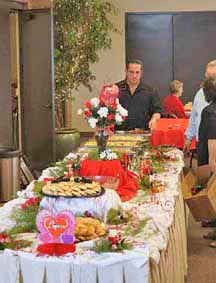 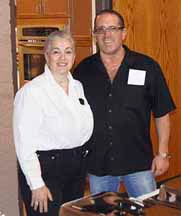