Victoria Bertone and her Fountain Hills C.A.R.E. organization were named the third recipient of the Legacy Award. C.A.R.E., an acronym for the Crisis Activated Response Effort, can best be described as “Second Responders”, following the first response by the fire department, Sheriff’s Office or the Arizona Department of Public Safety. Co-created by Bertone and Fountain Hills Fire Captain Steve Boyer, the organization is made up of volunteers. Members take 40 hours of training, which Bertone suggests they finish in three months. These classes are provided at no charge to volunteers by the Phoenix Fire Department through the Maricopa Area Government. The team members provide emotional support and applicable resources to those who are involved in the crisis. They maintain a vast list of resources from shelters to mortuaries to emergency contacts to provide to people in need. C.A.R.E. volunteers are sent out by request through the emergency dispatch system only at the request of the fire captain or law enforcement officer on the scene. Some examples of when they are dispatched are drowning or near drowning, grief support, homicides, death notification, suicide or attempted suicide, sudden death, domestic violence, mental or physical abuse involving children and adults and fire loss – residential or commercial. C.A.R.E. is a 501(c)(3) federal non-profit organization and operates through the generosity of donations. In addition to monetary funding, they are always in need of throw blankets, flip flops of various sizes, gift cards to local establishments and comfort items. 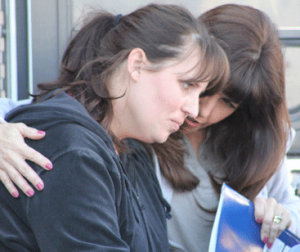 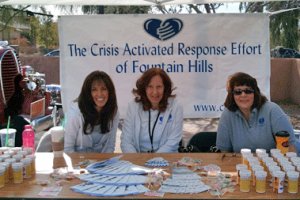 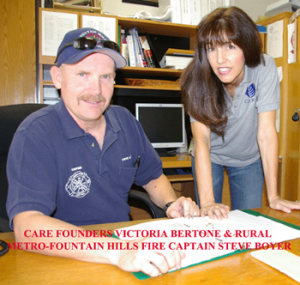