A promotion specialist, Mr. McMahan worked in advertising and marketing in Los Angeles before coming to Arizona for McCulloch Properties, Inc. He helped create many of the national ads promoting McCulloch’s “Fly to Arizona” flight program which brought in buyers from around the country. He moved to Fountain Hills in 1973 and was named public relations director for MPI and subsequently communityÂ relations director for successor MCO Propereties Inc. He served nine years on the Fountain Hills Road Districts Board, nine years with the Chamber’s Advertising and Tourism Committee; assisting with the Fountain Festival, the Great Fair and many other events; four years on the School Board; worked on bond issues and special elections. He has owned his own advertising agency since 1991 and serves on the Boards of the Republican Club and the Historical Society. He was the Chamber’s “Business Person of the Year” in 1997. 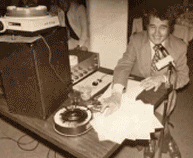