At the time of her induction in 2008, this school administrator had been guiding the lives of the town’s young people for 25 years. She came to the Fountain Hills School District in 1983 as principal of Four Peaks Elementary School. She served in that position for 13 years and is now in her 12th year as principal of McDowell Mountain Elementary. A Pennsylvania native, Mrs. Meehan was graduated with honors from Central Bucks High School and received her Bachelor of Science degree in elementary education from Penn State University. She earned her masters degree in school administration and supervision from Cheney State University. She worked at schools in Pennsylvania for 13 years, first as a teacher, then as a team leader and as an assistant principal. Working as a principal, she has drawn the praise of each of the district’s five superintendents she has worked for. She is a member of Noon Kiwanis and serves on the boards of the Fountain Hills Mentoring Council, the Golden Eagle Foundation and the Fountain Hills chapter of the Salvation Army. Every Thanksgiving, she serves as one of the local parade announcers. Always a positive role model for her students, she closes her daily announcements each morning with the message, “Have a super great day.” She was the recipient of the 2004 Champions award. 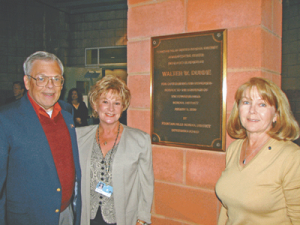 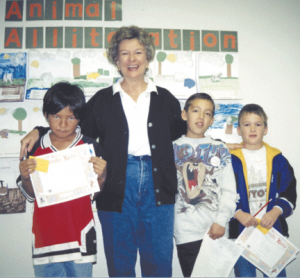