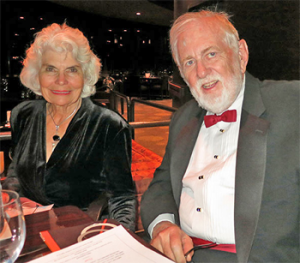 Retired Attorney Jerry Miles and his wife Jackie bought their first home in Fountain Hills in 1985, shortly after Mr. Miles put together a partnership to buy and rebuild the Saguaro Lake Marina. They became full time residents of Fountain Hills,in 1990. He was Mayor of Fountain Hills from 1996 to 1998. He has served as a Director of the Golden Eagle Foundation, the River of Time Foundation, the Senior Services Foundation, the Library Association, Civic Association, Historical Society, and Sunridge Foundation. He was the founder and first president of the Neighborhood Property Owners Association. He is past president of the Noon Kiwanis and an elder of the Fountain Hills Presbyterian Church. He was the Chamber of Commerce Business Person of the Year for 2003. He has donated his legal services to numerous local non-profit associations, helping them become incorporated and acquire tax exempt status under the rules of the Internal Revenue Service. The driving force behind the development of the Town’s public art collection, Mr. & Mrs. Miles have personally contributed more funds than any other individuals toward the acquisition of public art in the community. In 2011 the public art collection was named “Milestones, an Odyssey Through Public Art” as a tribute to Jackie & Jerry. In 2012 he conceived and led the development of the area between the Community Center and the Library/Museum as the Centennial Circle, which has become the focal point of art work in the area. He and Jackie received the Sunridge Foundation Champions award in 2003. He is still looking for new projects. 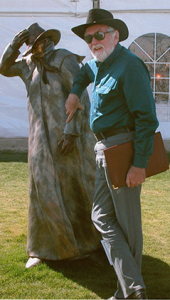 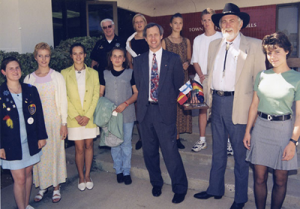 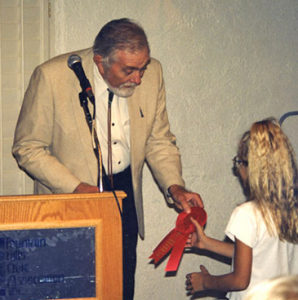