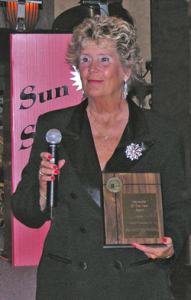 Fountain Hills’ first woman mayor, Mrs. Morgan served two terms (1998-2002) in that position. As mayor, she re-activated the Mayor’s Youth Council and attended the National Mayor’s Youth Council Convention in Atlanta with a delegation of our youths. Also while serving as mayor, she represented the town in China and in the town’s first Sister City, Kasterlee, Belgium. She currently is chairperson of the town’s Sister City Organization and was in the delegation that went to Dierdorf, Germany for the signing of documents making it the town’s second Sister City. She and husband Jim moved to Fountain Hills in 1989 from Fullerton, Calif. Within a month of moving here, she became the first president of the newly formed Welcome Wagon Club. She began volunteering for the Chamber in April 1989 and was hired as the Chamber’s Events Producer in 1994. She was honored as the Chamber’s “Advocate of the Year” for 2005. She has served on the boards of the Civic Association, the Republican Club, Home-Delivered Meals, Chamber of Commerce, Historical Society, Sunridge Foundation and River of Time Foundation. 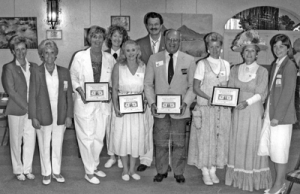 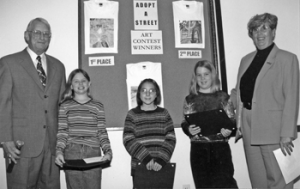 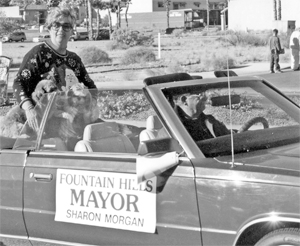