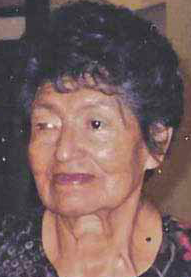 Mott Begay was elected to the tribal council in 1973, but it was her effort as one of Fort McDowellâ€™s most active fighters against the governmentâ€™s proposed Orme Dam that resulted in her election to the hall of fame.The dam threatened her tribeâ€™s existence with forced relocation and loss of their land, homes and community.She arranged with Indian friends outside Fort McDowell â€“ a lawyer, radio and TV media persons, for legal advice in taking a poll of Fort McDowell residents to assess their feelings toward Orme Dam.
The group obtained a TV interview about Orme Dam for Yavapai Chairman Hiawatha Hood and three others on a popular weekly Phoenix TV Indian program.They also obtained a San Carlos Apache radio interview of Yavapai John Williams and Carolina Butler, a Scottsdale ally, about the Orme Dam threat. Mott Begay spoke up against the dam in a Dec. 26, 1972, press conference. The Arizona Republic reported her statements the next day.She continually wrote letters to the editor of the Republic which strongly favored the building of the dam. She also wrote many letters to the stateâ€™s representatives in Congress. In 1975, Mott Begay and five other Fort McDowell Yavapai went from house to house with poll sheets to assess how residents felt about the dam. A total of 140 out of 149 opposed it.
Taking copies of the poll sheets with them in October 1975, Mott Begay and four other Yavapai went to Washington and lobbied the U.S. Senate against Orme Dam.A month later, she and two other Yavapai women boarded a Greyhound bus and took copies of the poll to the National Congress of American Indians (NCAI) convention in Portland, Oregon. They were successful in getting a resolution, (the first of its kind) passed by the NCAI supporting Fort McDowell against the dam. In September 1976 when the sample ballot on the Fort McDowell referendum on Orme Dam was released, the community erupted in protest over its confusing wording.The ballot was reworded, and Mott Begay helped stabilize the crisis and the vote took place as scheduled. In November 1981, the Fort McDowell Yavapai were successful in their fight over the dam when the federal government announced it was abandoning the Orme Dam as part of the Central Arizona Project plan. The victory was the results of years of smart moves, effort and sacrifice by people like Virginia Mott Begay. She was born in 1940 and passed away in 2003.