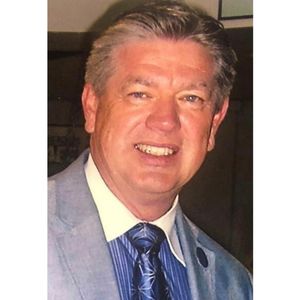 Bill has an outstanding resume of professional work as well as community service. He has served both the Fountain Hills community and the Ft. McDowell Yavapai Nation.

In July 2007, the community of Fountain Hills welcomed Bill and his wife, Sandy, to Fountain Hills. He became superintendent of the Fountain Hills Unified School District at that time. He worked for FHUSD until June 30, 2012.

The list of his superintendent duties is numerous. He and his wife also became very involved in the community.

After leaving FHUSD, he became assistant superintendent for curriculum and instruction at the Humboldt County School District in Winnemucca, Nev. While he held this position, Sandy, remained in Fountain Hills, hoping for a position for Bill to bring him back to the community.

In December 2012 to present day, he has been the Education Division Director for the Ft. McDowell Yavapai Nation. He has been responsible for the general efficiency and effectiveness of the educational programs by overseeing the use of all facilities, departments, resources and staff.

He is responsible for the professional development of staff and for the educational growth and welfare of students. He also supervises the activities of all educational programs and staff in accordance with the policies of the Tribal Council and applicable laws.

He represents FMYM as educational liaison between the educational system and the Ft. McDowell community and maintains positive public relations. The list of his responsibilities and his commitment to this position are long.

Over his many years in education, he has held the titles of superintendent, high school principal, assistant principal, athletic director and English teacher. Bill was also an exchange teacher for the Washington State-Sichuan Province Teacher Exchange Program. He was in the People’s Republic of China from 1985-1986.

Bill’s education started with an associate’s degree in liberal arts from Grays Harbor College to his Ph.D. in education leadership for K-12 programs from Capella University.

Bill has a lifetime of achievement in the field of education.

Bill also served in a number of capacities of education in Washington State before moving to Arizona. Bill was listed in the International Who’s Who of Professionals in 1998 and Who’s Who in American Education, 1990.