Barbara has many loves and passions and we who live in Fountain Hills have benefited from them,â€ wrote the person who nominated her. A former resident of Michigan, she was graduated from Wayne State University in Detroit with a Masters degree in English

Literature. She moved to Fountain Hills in 1998.She immediately became involved in a variety of activities. Welcome Wagon Club is now called Friends in the Hills. She served 2-1/2 years as president of the organization. Also active with the Fountain Hills Womenâ€™s Club, she was membership chair in 2002 and president in 2003. She also was a member of the Community Center Advisory Commission from conception in 2001 to 2004.

A strong supporter and promoter of the Fountain Hills Theater, she has been a member of the Friends of the FH Community Theater, is a member of the Board and is a Diamond member of the Theater. She served as president of Senior Services, Inc. of which she had been a member for 15 years. She meets regularly with the Town Council as vice chair of the Senior Services Advisory Commission.Another board on which she serves is for the Fountain Hills Library. Another long-time activity she has been involved with is as an announcer at the annual Thanksgiving Day parade.

Other announcing positions were with the Old Time Radio Show at the Community Center and the KFTN Radio station when it was on the air. She was a member of the steering committee of the Citizens4Saguaro Group, is a supporter of the Extended Hands Food Bank, is a Friend of the Chamber and is a member of the SunRidge Canyon Homeowners Association. 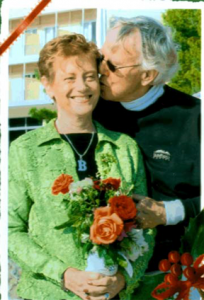 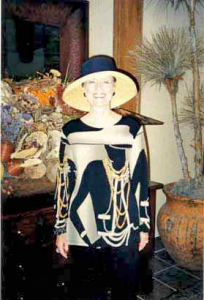