His leadership guided the Sunridge Foundation from its infancy through its transition to become the Fountain Hills Community Foundation. He served as president of the non-profit organization from 1997 to 2007. A Fountain Hills resident since 1978, he was active with the Fountain Hills Little League, as a director, coach and sponsor. He and his late wife, Janelle, are credited with forming the first all-girls softball team in the community. They were called the Thunderbunnies. Always actively involved in the community, he was a member of the 20th Anniversary committee, chaired the YMCA “exploratory” committee, is a member of the Fountain Hills Historical Society and he has served as a volunteer for numerous special events in the community. Mike was born in Rochester, N.Y., but was raised in the small nearby village of Manchester, New York. In 2003, he was inducted into his high school Hall of Fame for his athletic skills. A graduate of Baldwin-Wallace College in Ohio, he received a Bachelor of Science degree in economics and marketing. He was a Marine officer pilot at the start of the Viet Nam conflict. Serving as president of the Fountain Hills Civic Association from 1990 to 1992, he worked on one of the Town Hall Committees. He was also active as a deacon and elder at the Fountain Hills Presbyterian Church. 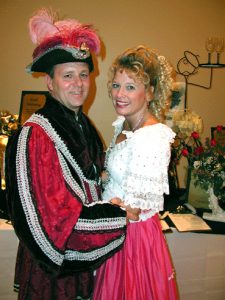 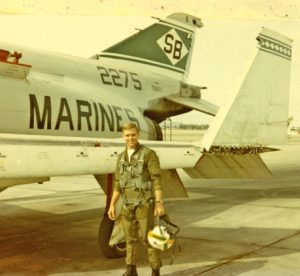