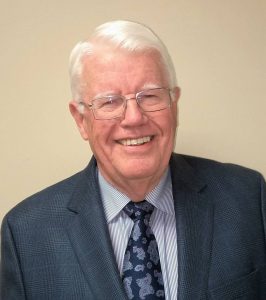 He and his wife, Sherry, moved to Fountain Hills in 1995, where he had his own consulting company, during which he served as an expert regulatory cost witness before 18 different state regulatory commissions.

Since being in Fountain Hills he has served as president of the Civic Association, the Community Chorus and the Four Peaks Rotary Club. He is a member of the townâ€™s Strategic Planning Commission and board member of the Bogey Boys Golf League.