After waiting on tables at the Beef and Bourbon then managing the law office for Levine and Jarvi, Tammy Rothermel joined the team at Gridleys in 1976. Since Fay Gridley ran the fledgling Chamber out of the back room of her business, Rothermel’s duties included Chamber support activities along with selling office supplies. Eventually she volunteered to take minutes and act as secretary for the group, support activities along with selling office supplies. At the 1978 Chamber dinner, the developer’s CEO, Lorne Pratt, recognized the value of a chamber and awarded the group an office and a paid employee. Then Chamber President Glenn Atchinson had the task of hiring the organization’s first manager. Rothermel was hired to open the first Chamber office. She set up procedures and trained volunteers to man the office seven days a week. During her time as manager, she handled public relations for the Fountain Festival, Fountain Hills 10th anniversary celebration, two White Castle events and worked with Channel 8 to establish 8’s Great Sunday (later became the Great Fair). In 1981 a new opportunity with International Management Systems called Rothermel away from the Chamber. Marriage came later that year and she also became active in her husband Jerry’s businesses, As You Like It Construction and As You Like It Tile, two businesses that served Fountain Hills and Rio Verde for 25 years. After leaving the Chamber, she continued to be involved in Chamber and Civic activities. She chaired the 9th annual Fountain Festival and in 1984 was elected to the Fountain Hills School Board. In 1992 she became the first woman elected to the Fountain Hills Fire District board, serving for eight years as clerk of the board. During her term, the expanding district built a second fire station. She is the author of the award-winning book, “Nevermore?” and her second publication, “Sow A Harvest: A Garden Ministry: Surviving the Coming Times” is to be published in the near future. 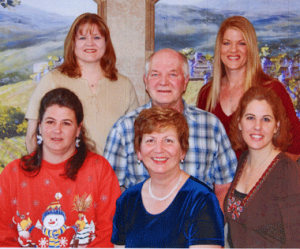 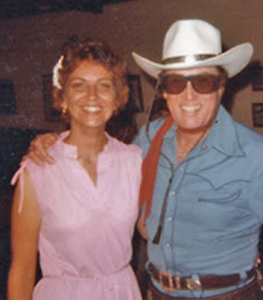