When he moved with his family to Fountain Hills from Michigan in 1977, he was just 12 years old. He attended Coronado High School where he participated in track and field, the Advanced Choral Ensemble and theater. He attended Scottsdale Community College and studied real estate and computers. He transferred to Northern Arizona University in 1986 and studied business management and public speaking. He met his wife, Denise, there and they remained in married housing on campus until they moved to Fountain Hills on a permanent basis in 1988. His mom and dad, Dawn and John, operated Dawn Realty in Fountain Hills. John helped found the Little League organization in the community. Jay learned about civic involvement from his dad. He has always remembered the importance of that involvement and Fountain Hills has been the beneficiary of his public service.
Active with the Chamber of Commerce since 1988, he is currently chairman of the board. He is on the board of directors of the Scottsdale Area Association of Realtors and has served on a number of committees. He is also president-elect of the Four Peaks Rotary Club.Active in local governmental affairs, he became the townâ€™s youngest mayor in 2008 after serving a four-year term as a council member. He was re-elected mayor in 2010. In 1999 he was appointed to the Planning and Zoning Commission.He has also served as president, vice president and committee chairman of the Shepherd of the Hills Lutheran Church.
Involved with local youths, he has served as an elementary school mentor since 2011 and was a coach of youth sports from 2000 to 2010. He has been a volunteer for the Home Delivered Meals program. He also served on the boards of the Greater Phoenix Economic Council and the Maricopa Association of Governments. Professionally, he has worked with various real estate firms and was a telecommunications consultant for US West Communications for 13 years. 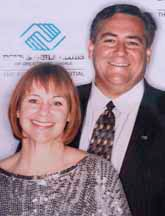 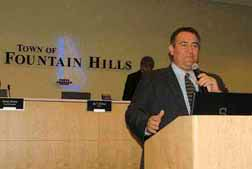 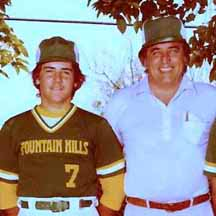