Smith was born in May 1906 and was an enrolled member of the Fort McDowell Yavapai Nation. John spent all of his life with his wife, Lula Burns Smith, and their five children. He began working at a very young age and worked as a laborer with the City of Phoenix over the next 47 years. Through diligence, commitment and hard work he was elevated to Superintendent with the City of Phoenix Water Production Division. Smith was the first President of the tribal Cattlemen’s Association. He was among several cattle/horse owners who maintained a large herd on the reservation. He was always willing and eager to share his experiences with those willing to learn the industry of raising cattle. He was a long term member of the Fort McDowell Presbyterian Church and served as an elder. Throughout his life, he remained strong in his belief in God. He often could be found tending to the needs of the church whether it be taking care of the grounds, changing light bulbs or fixing the plumbing. During the time that the Tribe was faced with issues affecting the future of the Yavapai Nation such as the proposed Orme Dam, he was very vocal in protest and voiced strongly his opposition to the government’s proposal. When the Tribe marched to the State Capital, he led the way as the oldest elder to complete the three-day, 35-mile walk. He was an avid photographer and took pictures of his children dating back to the late 1930s. His collection of 8mm film of the Yavapai Nation’s historic events covers a span of 70 years. Smith was fluent in the native tongue. He was often sought out to provide historical, traditional information of the Yavapai people. He often could be heard sharing with family, friends and visitors many stories of his youth as he once played and roamed the Fort McDowell reservation. His legacy as a father, grandfather, cattleman, businessman, and tribal leader will forever live on through his children and grandchildren. 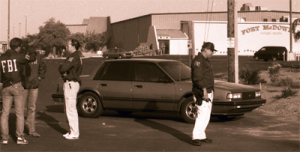 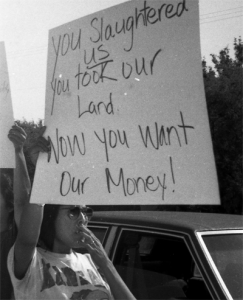