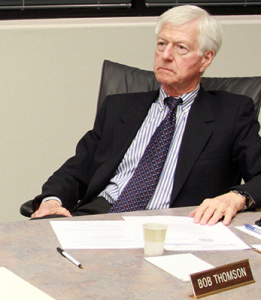 Readily donating his services pro bono to local organizations and other volunteer services have earned Mr. Thomson a place in the hall of fame. He moved to Fountain Hills in 1994 from New Jersey, where he served as president of a major land development company. Prior to heading up the development firm he was a member of the management committee of the national law firm of Finley, Kumble, Wager, specializing in banking law. He is also a former Chief Deputy City Attorney of Los Angeles. He is a partner in the law firm of Jekel, Howard and Thomson, with practices in Fountain Hills and Scottsdale. Active in a variety of community affairs, he served two terms on the board of the FH Chamber of Commerce and chaired the selection committee for the Chamber’s Business Person of the Year Committee for many years. From being a member of the board of directors of the Fountain Hills Historical Society, he moved over to head the River of Time Museum Foundation board when it was started in 2003 and served as president until 2008. He has served as a member of the Fountain Hills Sanitary District board for 14 years and has brought forth many innovations that have improved the district’s operation. At the time of his induction he was also serving as president-elect of The Club, a local men’s organization. 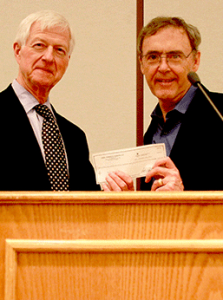 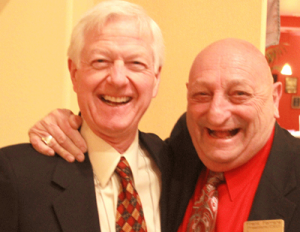