Bob Travis has operated a successful plumbing business in the community for more than 30 years. He became very involved with the Fountain Hills Fire District board, serving four terms covering 18 years. He was responsible for building the two town fire stations. He has 30 years of service including a year as president with the Sunset Kiwanis Club. Among his Kiwanis projects were the building of the E.D.I.T.H. House, which was used by students to learn the proper exit strategy should their house catch on fire, construction of the clubhouse and development of Kiwanis Park, work on the first town library building and the Community Theater and he helped clean up rocks from the town Little League fields to get them in playable condition. He also has served on the Parish Council and helped build the Catholic Church of the Ascension. He was very influential as a leader in the Fountain Hills Boy and Cub Scout programs for 22 years. One of the Fountain Hills Shamrock Society leprechauns, he helped launch the St. Patrick’s Day celebration. 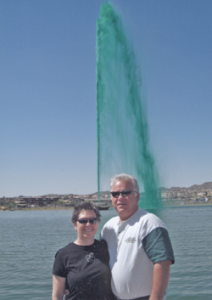 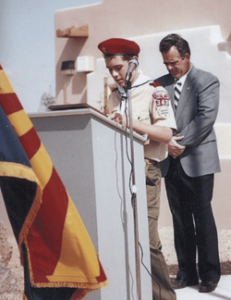 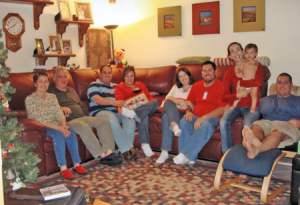