A retired orthopedic surgeon, Jim Urban has been one of the Verde Communities’ premier volunteers since moving to Rio Verde in 1999. He began assisting another Hall of Fame member, Bob Mason, in the Rio Verde hiking program in 2001 and assumed his role as hike leader in 2005. An active golfer, he served on the Rio Verde Golf Association Board from 2002 to 2005 and was chairman of the Anasazi Invitational Golf Tournament in 2003. He also chaired the Rio Verde ad hoc Committee on Golf Course Options from 2006 to 2008. His term on the Rio Verde Community Association Board from 2003 to 2007 was highlighted by serving as the president from 2005 to 2007. With his wife, Robbi, they served on the Christmas Project board from 2000 to 2002, and they were chairpersons of the holiday activity in 2001. Outside of Rio Verde, he has been a volunteer horticulture aide at the Desert Botanical Garden in Phoenix since 2001, and serves on the Life Long Learning and Golfing In the Desert Committees. The Missouri native was educated in Wisconsin. After graduating with his M.D. from the University of Wisconsin, he interned at Letterman Army Hospital in San Francisco. He also served on the Board of Trustees of the Colorado 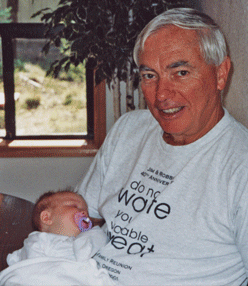 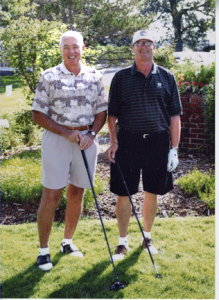