In the early 1970s when she was just 10 years old, Ms. Williams began her fight to save her people’s lands that were to be flooded to form Orme Dam and Reservoir. She walked door to door getting signatures for the grass root polls. She was Miss Fort McDowell in 1981. Her sister, Leila, was Miss Fort McDowell when she carried the “Stop Orme Dam” banner in the three-day protest march to the state capitol in Phoenix led by Tribal Chairman Norman Austin. In 1981, the tribe was visited by President Ronald Reagan’s Secretary of the Interior, James Watt, who announced the elimination of the dam from the Central Arizona Project. Ms. Williams was one of the first female tribal members to call radio and news media about the 1992 FBI raid on the Fort McDowell Casino. With a family line of leaders and fighters, her father’s aunt was wounded by a gunshot in 1872 during the Skeleton Cave Massacre and made the “Yavapai Trail of Tears” journey to San Carlos in 1875. Ms. Williams’ grandfather, Tom Surramma was one of four who went to Washington, in 1903 and came home with an executive order creating the Fort McDowell Indian Community. She has been employed by the Fort McDowell Recreation Department, Housing Department, Sand & Gravel and the Tribal Police Department. 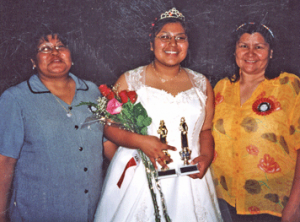 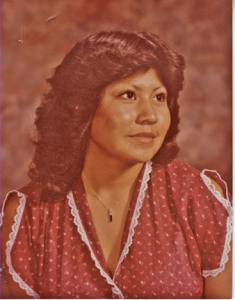